I admit it. I was one of those moms that said, “my kid will never …” I thought I had a say in how my kid’s personalities would form. I ridiculously assumed that because I am their mother, that would be enough to make them obey. Well, karma has raised her hand and bitch slapped my righteous ass.

I’ve written before about my sassy baby girl. I’ve told you how she speaks her mind and is too smart for her own good. It’s true what they say, the apple doesn’t fall too far from the tree. Oh my Lawd that child has an attitude I hate to recognize. Most days I feel like I am dealing with a PMSing five year old. Her refusal to simply do as she is told makes my blood boil to a temperature hot enough to fry an egg on my tired ass. 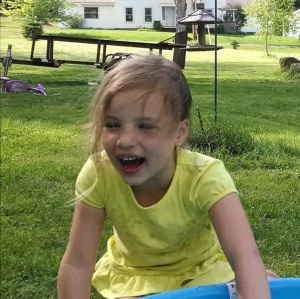 My beautifully spirited daughter will go far in life, I have no doubt. I’m just not sure we’ll both survive to see it happen. I’m old school people, with southern roots. I don’t take kindly to talking back. I have that “look” that scares children and grown ass men, but my daughter is rarely affected by it. She sees it as a challenge and her fighter’s heart will not back down. She will argue her point, even when she knows I know she’s wrong. The sassy one is the most passionate being I know. She has fierce blood but a tender soul. I love her for that but my God it makes it difficult to parent her.

And my son…he’s the most handsome little ball of insanity you’ll ever meet. The boy has mad skills. He could convince Judge Judy that he needs a third cheese stick, and then like the diva he is, will decide it isn’t quite the flavor he was going for. He will then throw the wrapper at his feet and refuse to pick it up. I’ve left said wrapper on the floor for an entire day and have even withheld food until he decides to pick it up. I cave every time because the terrible two year old would rather go on a hunger strike than do something he just simply doesn’t feel like doing. He doesn’t win every time, but the score card is currently in his favor.

I never understood why parents let their child stay up past a reasonable bed time. I’d say dumb shit like, “I just wouldn’t tolerate it.” Enter kid number two and I have learned my tolerance level means absolutely squat to a little dude who needs less sleep than his momma on a writer’s high. I was spoiled with my first child. She has always been asleep by 8 at the latest. My little guy, at two, seems to think he should remain the center of the universe at 10pm. It isn’t a matter of not putting him to bed at a reasonable hour, it’s a matter of keeping his cute little butt in his bed. That little sucker will continuously come down the stairs, no matter what. He has even gone as far as perfecting the art of holding in a poop until an ungodly hour so he has a valid excuse to get up. Well played, little man, well played.

I’m telling you, my children are the reason I had to switch to red wine. White just no longer offered the kind of mind-numbing, patience-aiding effects necessary to make it through cranky hour. Ya know, that time between 4pm and whenever their precious bodies finally decide to give out. How in the hell do people survivor more than two children??? Oh God, that was not a challenge, please sweet Jesus do not take that as a lesson I need to learn!

I love my babies, I really do. And I know I am not the first mother to feel like a total failure because her children don’t listen to her and things don’t go the way she thinks they should. I’m just in that moment where scratching my eyes out and cutting off my arms at the elbows seems reasonable. That way I won’t have to point out the remote they can’t find that is right freakin’ next to them, or make one more freakin’ snack because they never. stop. eating.

Christmas break ends tomorrow and I would be lying if I said I wasn’t ecstatic. If I have to listen to one more ridiculous fight or bake one more set of cookies, I may just strap on the straight jacket and call it a day. I’m seriously considering looking the other way and letting Darwin’s theory play itself out, as they fight over the cheapest, dumbest toy in the house. More than once over the past two weeks I have clicked my heels, hoping to find myself sitting in a CEO worthy leather chair, wearing the most bitchin’ pink power suit you’ve ever seen, staring over the skyline of a city that never sleeps. Yes, I admit it, I have dreamed about what it would be like to be childless.

So on the eve of this way too long of a break in our daily routines, I say cheers! Simply because we have survived it. To all the mothers and fathers that have lost their shit more than once recently, I high five your normal ass. Now I need to go pour myself a big ‘ol glass of red wine and put the straight jacket on reserve. I promised the sassy one and her wild little brother they could help me make some cookies with the last of the M&Ms that crazy, fat bastard put in their stockings. Someone call the funny farm and let them know I’d like a room with a view please.